Miracles in the village Kulevcha

Email ThisBlogThis!Share to TwitterShare to FacebookShare to Pinterest
Ярлыки: religion 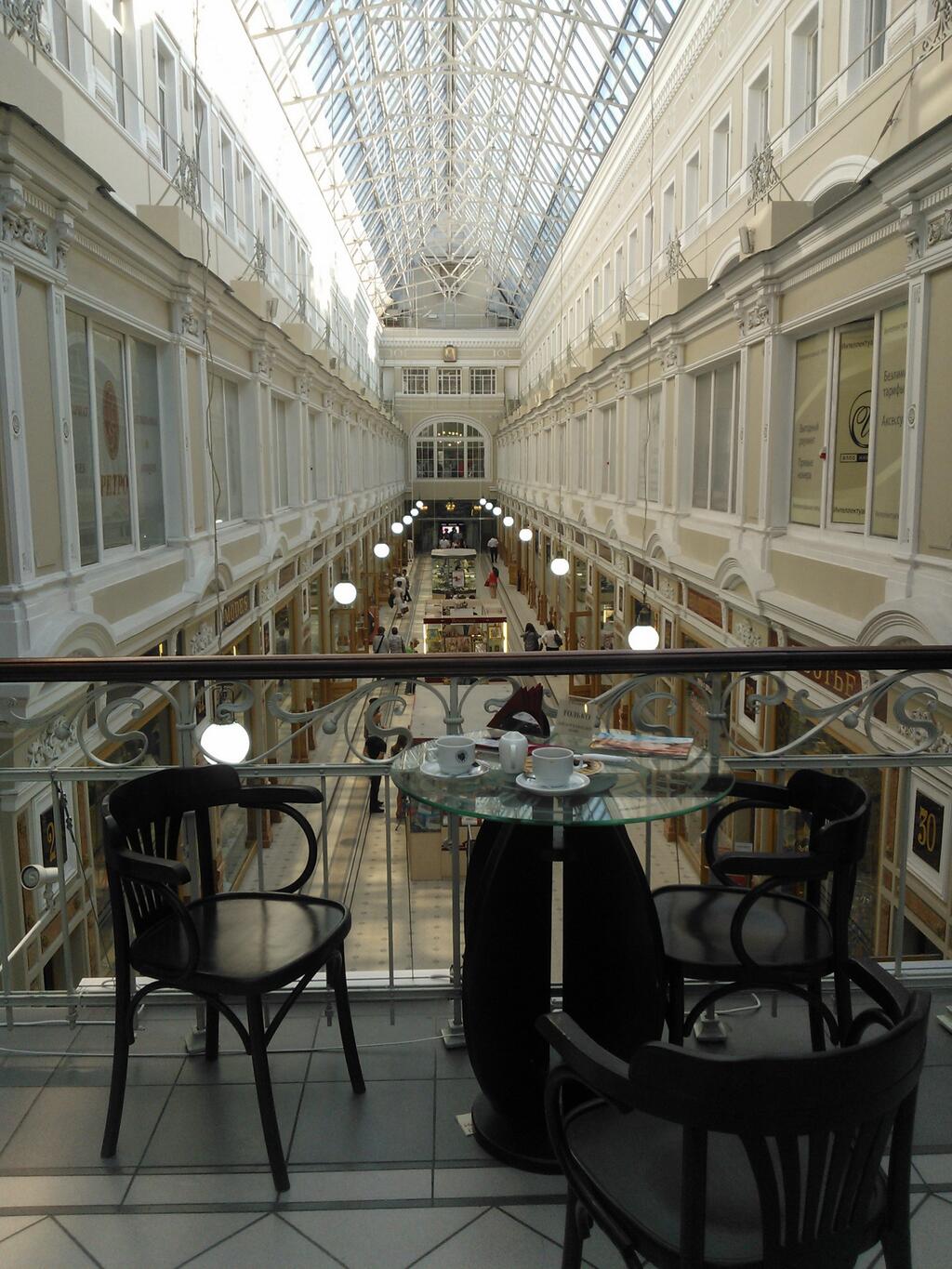 Today I want to tell you about another popular department store in Saint-Petersburg. It's Passage. I was on a little exibition about it's history, and now I'm very pleased to share some information with you!
It was founded in 1846. In the beginning there was warehouse on the grounfloor, shopping space was on the first, and apartments were on the second floor. 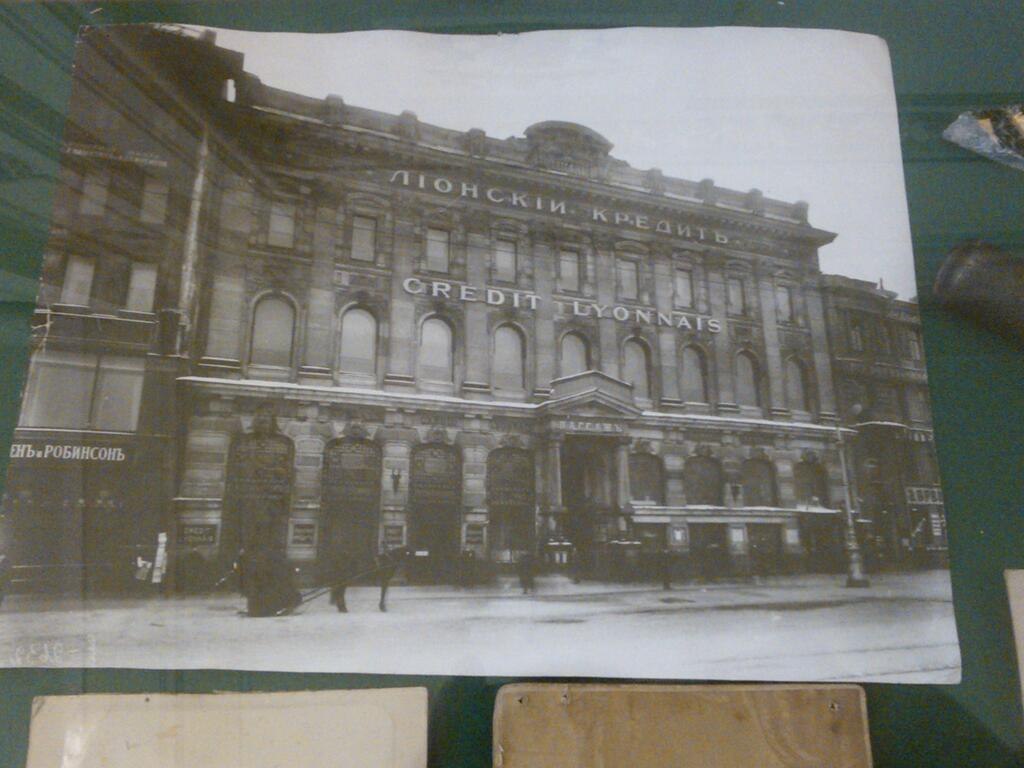 In 1879 the "Credit Lyonnais" setteled there. It's interesting that it was one and only bank which was licenced to work in Russia at those times! 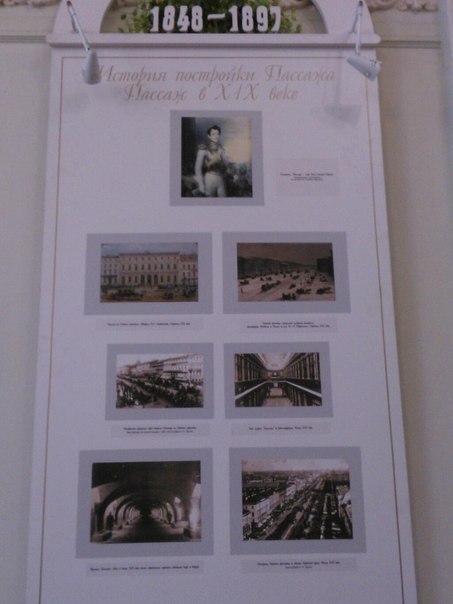 Concert-hall of the Passage was the place of scientific lectures, and many notorious and well known people appeared there. Later the concert hall was transformed to theatre of Komissarzevskaya. 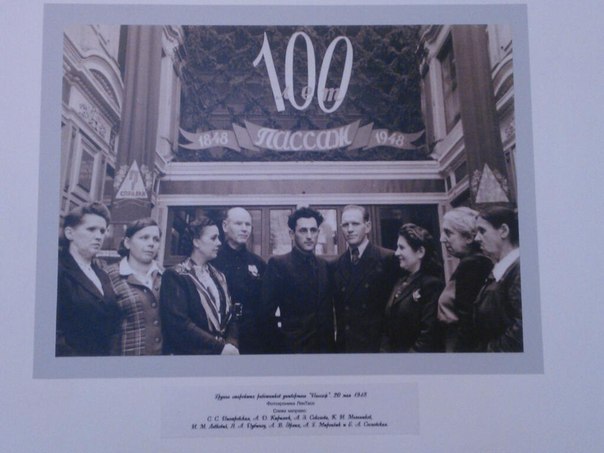 The Passage was on renovation for several times. After 1961 it specialized on goods for women. 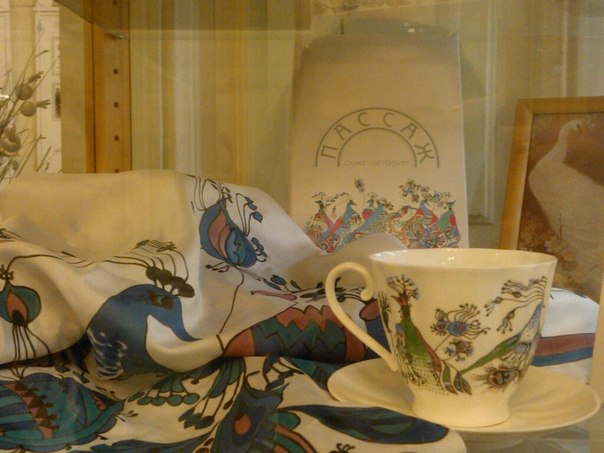 DLT -or "Leningrad Trade House" is one of the oldest department stores in Saint Petersburg. It has great history, so I just can't mention it! Before this building was constructed there was a hotel. Citizens called it "Volinskiy's rooms" by name of it's owner in 18th century. But in 1908 there was started new project - a super-modern department store was planned to be there. So December, 7th in 1909 department store opened his doors to first customers. After the revolution in 1918 it was restructurized to the "First State Department Store". And it got it's present name only in 1935! In the Soviet period DLT was selling goods for children. But by the end of the 20th century it became the most famous department store for the whole family. In 2005 it was bought by a big Russian retail company. It made a renovation and now DLT is the brunch of the TSUM - the main department store in Moscow. 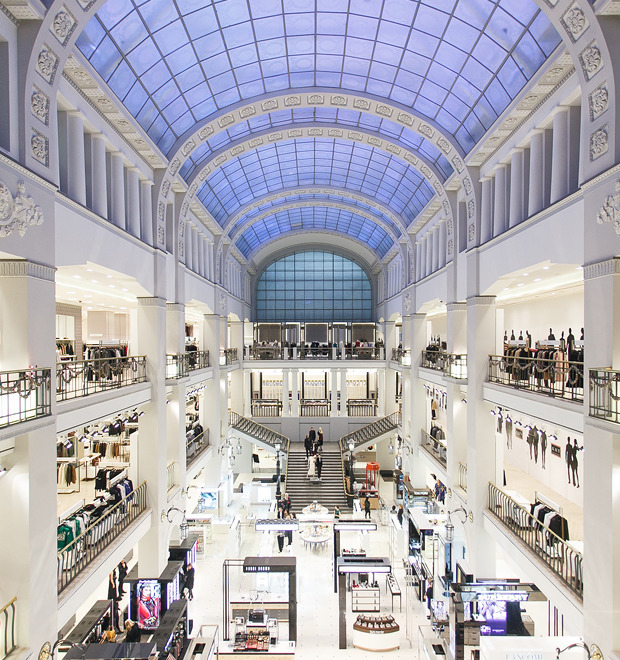 So now it's department store with luxury goods. You can find the most popular world-wine-known brands like Saint Laurent, Tom Ford, Valentino, Hugo Boss, Versace, and even several popular Russian luxury brands!

This Sunday night the "Scarlet Sails" were take place. This is one of the greatests holidays for children who graduated school. It was named by book "Scarlet Sails" written by Alexander Grin. And these sails symbolize the future possibilities of young people. The holiday was organized in 1987. And still "Scarlet Sales" is one of the biggest and, to tell you the truth, coolest prom-events of the whole Russia! And many people from all over the world come here to see both White Nights and "Scarlet Sails"! Citizens of Saint-Petersburg are extremely proud to have such a long and impressive tradition! The main events take place on the Palace square and Angliyskaya embankment (English embankment). There are concert of pop-stars, fireworks and water-show which is made with Scarlet Sails! Just look at it! 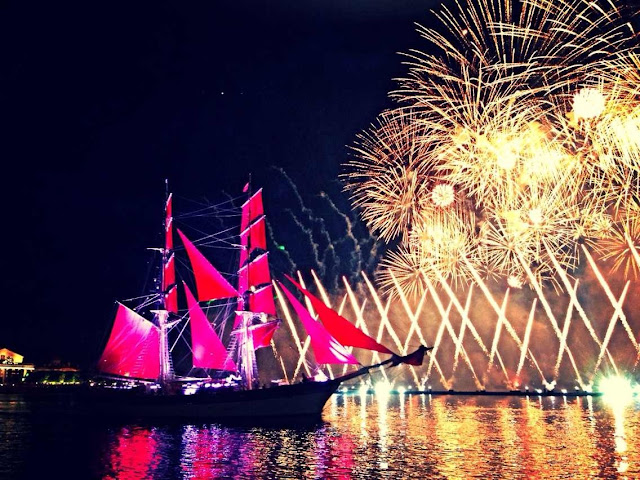 There are many interesting facts about "Scarlet Sails"! For example, the music on it is only Russian and Soviet. Personally for me it was cool to find out that this holiday is recommended for visiting in 20 countries of European Union! Isn't it the reason for visiting our outstanding city?)
Автор: Vlada la Grenouille на 6:24 AM No comments:

This year there are celebrations of  400 years of  Imperial Romanoff house. Do you remember, a week ago I wrote about landscape design exibition in Saint-Petersburg? There I mentioned several installations dedicated to Royal Romanoff family. 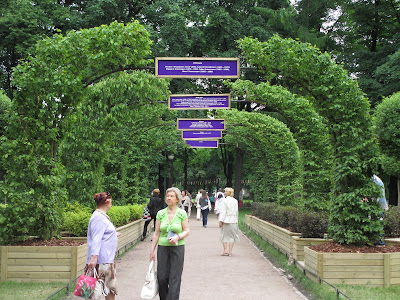 For example, this one. The four arches made of bushes mean 4 centuries of Royeal family, and that semi-circle means how time runs. Some of the plants there represent blood and suffering, and some - glory and faith. All that depict personalities and destiny of Romanoff family. It's very symbolical! 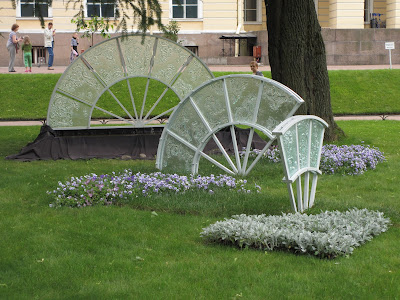 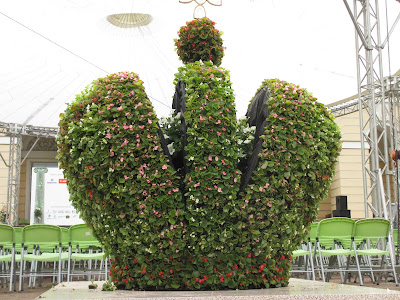 Also I saw installation on Furshtadskaya street which is also dedicated to Romanoff family. This mini-exibition impress me more than other ones! The cubes are not something valuable, but the text on them is! 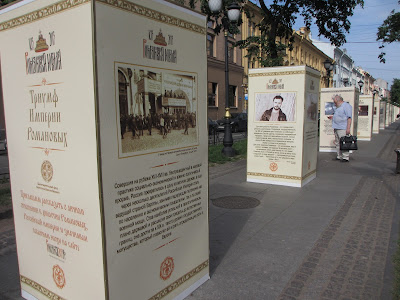 This exibition is named "The Triumph of Romanoffs' Empire". And it invite us to the website dedicated to the Royal family. And we offered to write there our thoughts and opinion about Romanoffs. 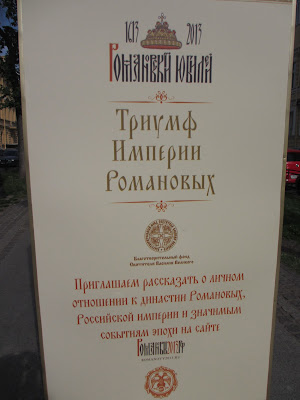 For stimulating people in answering there are several views of some famous Russians. But the most impressive part are stands with information and interesting facts about life during Romanoff' reign. 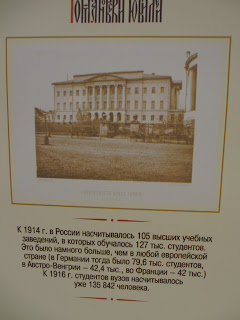 For example, in 1914 there were 105 academies, and there were studing 127 000 students, and it was bigger than in any other European country!
There are  many facts about how powerful and intelligent  our country were during Romanoff reign, and, to tell you the truth, it is very impressive!

I think that such an exibitions teach us how to be patriotic, isn't it?

Pilgrimage in Russia with Svetlana Shestopalova. Cloisters to visit. 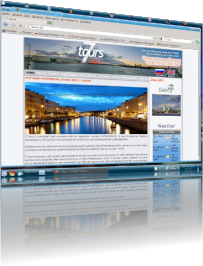 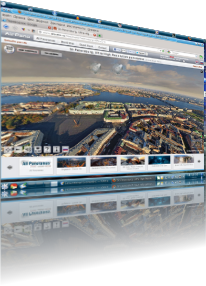